Steve recently retired as an educator with Scarlet Oaks after spending 17 years teaching math to juniors and seniors. Before becoming an educator, Steve spent 23 years using information technology in various roles to improve communication, decision making, and process efficiencies for several organizations. When he felt the call to teach, he went to Xavier University and got his Masters of Education in Integrated Mathematics degree.

Steve was born in Hamilton, Ohio and grew up in Fairfield. When he graduated from Fairfield High School, he attended Miami University majoring in Systems Analysis. His first job out of college was a Systems Analyst for Marathon Oil Company in Findlay, Ohio where he met his future wife, Anne. After three years at Marathon, Steve moved back to the Cincinnati area in 1985. His first job in Cincinnati was a Project Manager for Fifth Third Bank and he lived in the Swiss Chalet Apartments on Montana Avenue (now the Arbor). Anne followed him to Cincinnati a few months later and moved into the Ferncrest Apartments on Ferncroft Avenue just around the corner from Steve. The next year, they were married and bought a house on McKinley Ave, a stone’s throw from Westwood First Presbyterian Church.

Steve’s spiritual journey has taken several paths—Baptist, Church of Christ, Mormon, Methodist and finally Presbyterian. He has been a member of Northwest Community Church (formerly Whiteoak Presbyterian) for the last 25 years and has served as an Elder, a Trustee, Sunday School Teacher, and Mission Trip Chaperone. Steve and Anne have three grown children and one grandchild, named Hope, who is pictured here.

The biggest benefit he sees in retirement is time – time for reading, hiking, traveling, photography and spending time with Hope. It seems odd now that life has come full circle. Steve’s first job as an adult in the Cincinnati area had him traveling up and down Montana Avenue to get to work and now, what probably is his last job has him traveling up and down Montana Avenue again. He is looking forward to serving as your Communication Coordinator. 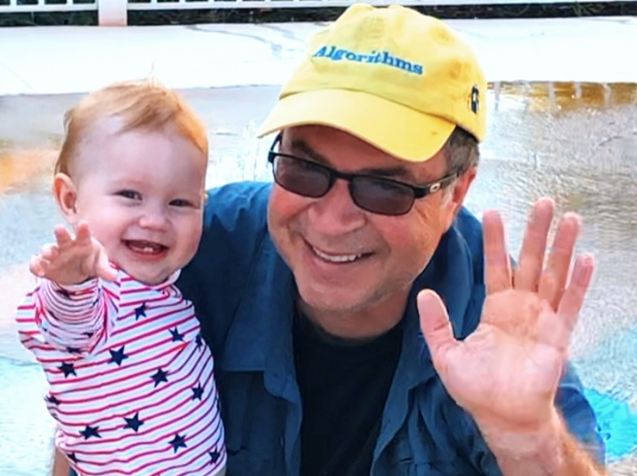