As Christians How can we not do everything in our power to help make that God’s new reality possible? A reality where countries “will beat their swords into plowshares and their spears into pruning hooks,” and where “nation shall not lift up sword against nation, neither shall they learn war anymore.” Christ has shown us the way. A way to replace the false myth of redemptive violence with a new myth of peace. We have a choice. We can give thanks for those who have served in the military, especially those who have died in war. We can honor their sacrifice for the cause of good. We can celebrate their love of country—and we should. But that doesn’t mean we can’t work for change.

13 Once when Joshua was by Jericho, he looked up and saw a man standing before him with a drawn sword in his hand. Joshua went to him and said to him, “Are you one of us, or one of our adversaries?” 14 He replied, “Neither; but as commander of the army of the Lord I have now come.” And Joshua fell on his face to the earth and worshiped, and he said to him, “What do you command your servant, my lord?” 15 The commander of the army of the Lord said to Joshua, “Remove the sandals from your feet, for the place where you stand is holy.” And Joshua did so.

Second Reading: Deuteronomy 10:12-22—The Essence of the Law

17 For the Lord your God is God of gods and Lord of lords, the great God, mighty and awesome, who is not partial and takes no bribe, 18 who executes justice for the orphan and the widow, and who loves the strangers, providing them food and clothing.

19 You shall also love the stranger, for you were strangers in the land of Egypt. 20 You shall fear the Lord your God; him alone you shall worship; to him you shall hold fast, and by his name you shall swear. 21 He is your praise; he is your God, who has done for you these great and awesome things that your own eyes have seen. 22 Your ancestors went down to Egypt seventy persons; and now the Lord your God has made you as numerous as the stars in heaven.

Third Reading: Paul’s Letter to the Ephesians 2:11-22—One in Christ

11 So then, remember that at one time you Gentiles by birth, called “the uncircumcision” by those who are called “the circumcision”—a physical circumcision made in the flesh by human hands— 12 remember that you were at that time without Christ, being aliens from the commonwealth of Israel, and strangers to the covenants of promise, having no hope and without God in the world. 13 But now in Christ Jesus you who once were far off have been brought near by the blood of Christ.

14 For he is our peace; in his flesh he has made both groups into one and has broken down the dividing wall, that is, the hostility between us. 15 He has abolished the law with its commandments and ordinances, that he might create in himself one new humanity in place of the two, thus making peace, 16 and might reconcile both groups to God in one body through the cross, thus putting to death that hostility through it. 17 So he came and proclaimed peace to you who were far off and peace to those who were near; 18 for through him both of us have access in one Spirit to the Father.

19 So then you are no longer strangers and aliens, but you are citizens with the saints and also members of the household of God, 20 built upon the foundation of the apostles and prophets, with Christ Jesus himself as the cornerstone. 21 In him the whole structure is joined together and grows into a holy temple in the Lord; 22 in whom you also are built together spiritually into a dwelling place for God. 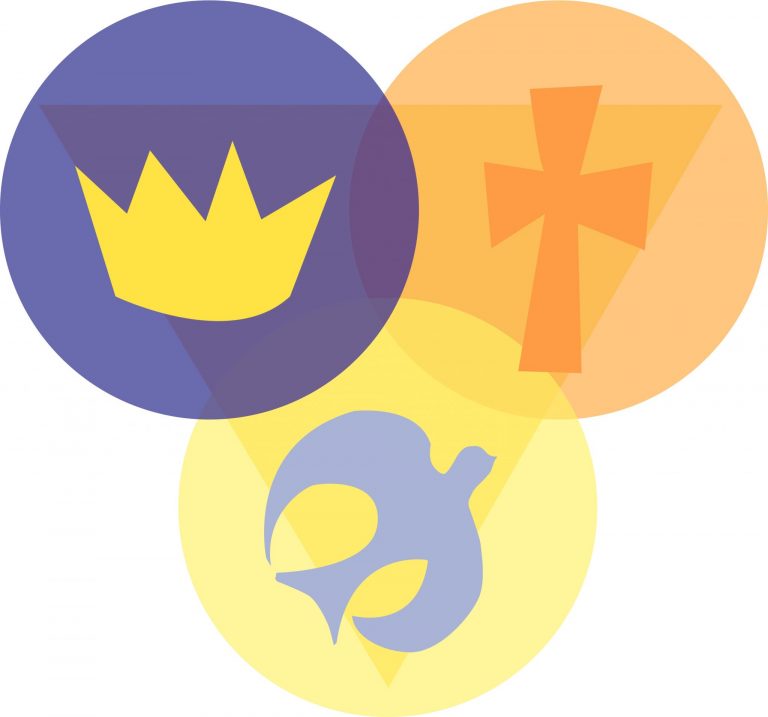