When Mary said yes to Gabriel, all of heaven rejoiced and the plan set in motion was one that would cause a new light to shine in the darkness, a new hope, a new peace, a new freedom. And Mary’s answer have echoed for over 2,000 years because they were words that changed everything.

The spirit of the Lord God is upon me, because the Lord has anointed me; he has sent me to bring good news to the oppressed, to bind up the brokenhearted, to proclaim liberty to the captives, and release to the prisoners; 2 to proclaim the year of the Lord’s favor, and the day of vengeance of our God; to comfort all who mourn; 3 to provide for those who mourn in Zion—to give them a garland instead of ashes, the oil of gladness instead of mourning, the mantle of praise instead of a faint spirit. They will be called oaks of righteousness, the planting of the Lord, to display his glory. 4 They shall build up the ancient ruins, they shall raise up the former devastations; they shall repair the ruined cities, the devastations of many generations.

For I the Lord love justice, I hate robbery and wrongdoing; I will faithfully give them their recompense, and I will make an everlasting covenant with them. 9 Their descendants shall be known among the nations, and their offspring among the peoples; all who see them shall acknowledge that they are a people whom the Lord has blessed. 10 I will greatly rejoice in the Lord, my whole being shall exult in my God; for he has clothed me with the garments of salvation, he has covered me with the robe of righteousness, as a bridegroom decks himself with a garland, and as a bride adorns herself with her jewels. 11 For as the earth brings forth its shoots, and as a garden causes what is sown in it to spring up, so the Lord God will cause righteousness and praise to spring up before all the nations.

26 In the sixth month the angel Gabriel was sent by God to a town in Galilee called Nazareth, 27 to a virgin engaged to a man whose name was Joseph, of the house of David. The virgin’s name was Mary. 28 And he came to her and said, “Greetings, favored one! The Lord is with you.” 29 But she was much perplexed by his words and pondered what sort of greeting this might be.

30 The angel said to her, “Do not be afraid, Mary, for you have found favor with God. 31 And now, you will conceive in your womb and bear a son, and you will name him Jesus. 32 He will be great, and will be called the Son of the Most High, and the Lord God will give to him the throne of his ancestor David. 33 He will reign over the house of Jacob forever, and of his kingdom there will be no end.” 34 Mary said to the angel, “How can this be, since I am a virgin?”

35 The angel said to her, “The Holy Spirit will come upon you, and the power of the Most High will overshadow you; therefore the child to be born will be holy; he will be called Son of God. 36 And now, your relative Elizabeth in her old age has also conceived a son; and this is the sixth month for her who was said to be barren. 37 For nothing will be impossible with God.” 38 Then Mary said, “Here am I, the servant of the Lord; let it be with me according to your word.” Then the angel departed from her. 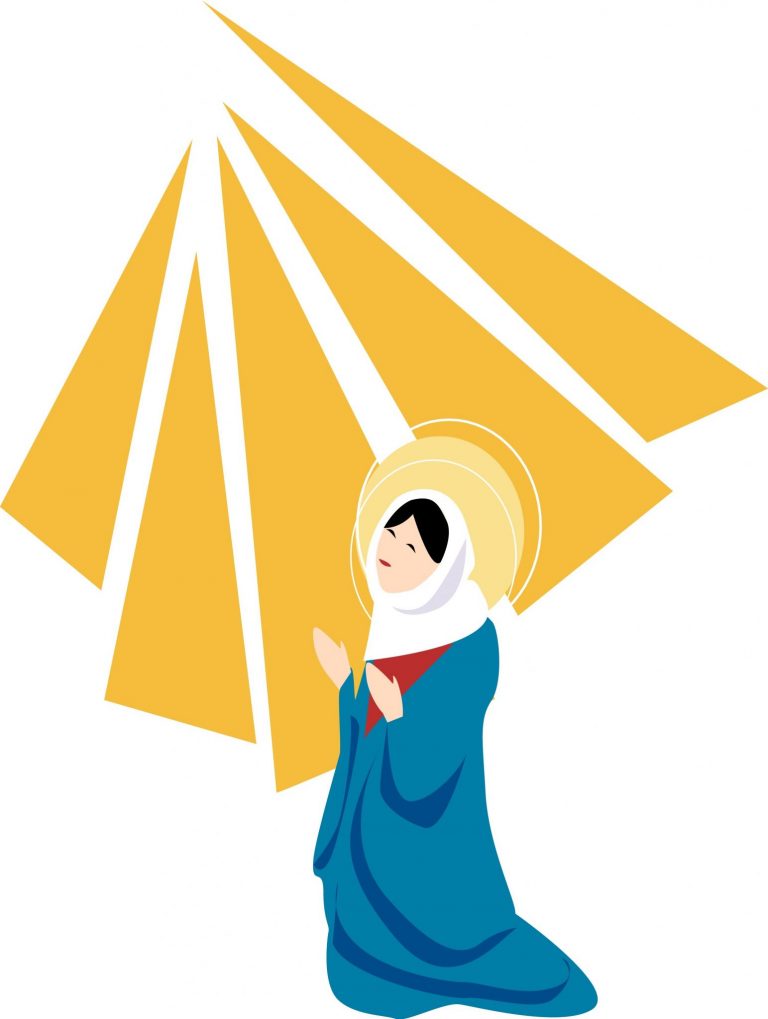