While it’s not easy being a dreamer in this world with all its harsh realities, this is the dream to which we must become committed. It is, after all, God’s vision for God’s world and when—not if—we stake our lives and the life of our church, on a vision of our church and our community transformed for the better, God—through God’s Word—will, as the psalmist said of Joseph, keep testing us. It is, as I said, God’s vision after all! It will mean laying aside our arrogance, our belief that change isn’t needed and that we have no role to play in making that dream, that vision, a reality. It will mean surrendering our expectations, the insistence on doing this on our terms. It will mean accepting people as they are, not as we wish them to be, realizing and accepting our obligation to be our brothers and sisters keepers. It will accepting the world, and the church, as they are and realizing that change is needed. It will mean allowing the time for the vision to really get inside us, inside us to the point where we become the change, as Mahatma Gandhi once said, that we want to see in the world. But when we do—when this happens—then we’ll truly be “livin’ the dream.”

O give thanks to the Lord, call on his name, make known his deeds among the peoples. Sing to him, sing praises to him; tell of all his wonderful works. Glory in his holy name; let the hearts of those who seek the Lord rejoice. Seek the Lord and his strength; seek his presence continually. Remember the wonderful works he has done, his miracles, and the judgments he has uttered, O offspring of his servant Abraham, children of Jacob, his chosen ones. He is the Lord our God; his judgments are in all the earth.

He is mindful of his covenant forever, of the word that he commanded, for a thousand generations, the covenant that he made with Abraham, his sworn promise to Isaac, which he confirmed to Jacob as a statute, to Israel as an everlasting covenant, saying, “To you I will give the land of Canaan as your portion for an inheritance.”
When he summoned famine against the land, and broke every staff of bread, he had sent a man ahead of them, Joseph, who was sold as a slave. His feet were hurt with fetters, his neck was put in a collar of iron; until what he had said came to pass, the word of the Lord kept testing him.
The king sent and released him; the ruler of the peoples set him free. He made him lord of his house, and ruler of all his possessions, to instruct his officials at his pleasure, and to teach his elders wisdom.

1Jacob settled in the land where his father had lived as an alien, the land of Canaan. 2 This is the story of the family of Jacob.

Joseph, being seventeen years old, was shepherding the flock with his brothers; he was a helper to the sons of Bilhah and Zilpah, his father’s wives; and Joseph brought a bad report of them to their father. 3 Now Israel loved Joseph more than any other of his children, because he was the son of his old age; and he had made him a long robe with sleeves. 4 But when his brothers saw that their father loved him more than all his brothers, they hated him, and could not speak peaceably to him.

5 Once Joseph had a dream, and when he told it to his brothers, they hated him even more. 6 He said to them, “Listen to this dream that I dreamed. 7 There we were, binding sheaves in the field. Suddenly my sheaf rose and stood upright; then your sheaves gathered around it, and bowed down to my sheaf.” 8 His brothers said to him, “Are you indeed to reign over us? Are you indeed to have dominion over us?” So they hated him even more because of his dreams and his words. 9 He had another dream, and told it to his brothers, saying, “Look, I have had another dream: the sun, the moon, and eleven stars were bowing down to me.” 10 But when he told it to his father and to his brothers, his father rebuked him, and said to him, “What kind of dream is this that you have had? Shall we indeed come, I and your mother and your brothers, and bow to the ground before you?” 11 So his brothers were jealous of him, but his father kept the matter in mind.

12 Now his brothers went to pasture their father’s flock near Shechem. 13 And Israel said to Joseph, “Are not your brothers pasturing the flock at Shechem? Come, I will send you to them.” He answered, “Here I am.” 14 So he said to him, “Go now, see if it is well with your brothers and with the flock; and bring word back to me.” So he sent him from the valley of Hebron.

He came to Shechem, 15 and a man found him wandering in the fields; the man asked him, “What are you seeking?” 16 “I am seeking my brothers,” he said; “tell me, please, where they are pasturing the flock.” 17 The man said, “They have gone away, for I heard them say, ‘Let us go to Dothan.’” So Joseph went after his brothers, and found them at Dothan. 18 They saw him from a distance, and before he came near to them, they conspired to kill him. 19 They said to one another, “Here comes this dreamer. 20 Come now, let us kill him and throw him into one of the pits; then we shall say that a wild animal has devoured him, and we shall see what will become of his dreams.” 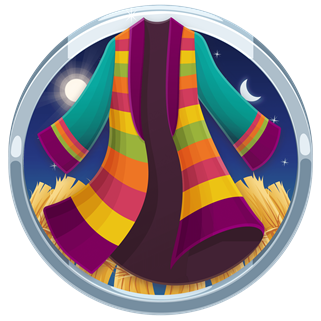